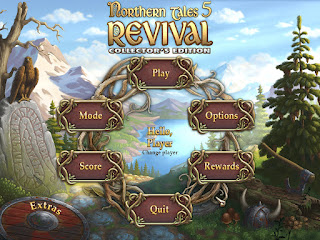 The popular Northern Tale series continues! Peaceful life in the north was over with the attack of Hesta’s henchmen. Vikings fought bravely and pushed the enemies back. The battle against the hordes of evil spirits lasted three days and three nights. The enemies were strong, but they were confronted by the courage of the heroes. Ragnar must return to Earth from Valhalla to protect his people again!
New Viking locations to explore!
Enjoy exclusive music and wallpapers
Play through Bonus levels